Travel fever shortly before Christmas? JAWOLL. Because you have now then nice time to plan your next trip … and I can tell you today put Croatia totally fond, Bella! The real aim of my beauty BFF travel with Katrin von The Beauty Experience was yes to check in for the flourishing spa culture of Dubrovnik … and that’s what I have here already done, with a Double-Trouble-Spa-Review, which actually served only as an excuse to shoot in a bathrobe, „Charlie’s Angels“ -Selfies:

But there was so much more beautiful to see that finally today the best things to do in Dubrovnik are – in a big, Croatia photo love story with wanderlust bonus!

WHAT YOU NEED TO KNOW ABOUT DUBROVNIK:

Katrin is no Game of Thrones fan and took the tour with our guide Ivan because of other things great … but for me the private tour to several locations from the series was an absolute highlight!

WHERE TO STAY IN DUBROVNIK:

The ultimate goal of our trip were two spa reviews that you here can read … but wont have Katrin and I are in a classic five-star hotel Grand Villa Argentina. This trumps especially by the unique location – right on the seafront and just 200 meters from the southern gate (and the Alstadt) away. I can highly recommend this hotel, double room visit from about 200 euros per night.

This is a sexy image of the hotel website, because Katrin and I were too busy to catch the sunset from the balcony, höhö …

WHAT TO DO IN DUBROVNIK:

An absolute must? Run The historic walled city! In incredible 1940 meters one can tread through the complete city walls. The many stages can be mastered effortlessly but because it is really everywhere rewarded with incredible panoramas. Not for people with a fear of heights (especially on the marine side), but a really great experience!

I see so distressed from … We had it so funny despite crazy wind!

The old town of Dubrovnik has only 1300 inhabitants, but there are quite a lot of pretty streets and restaurants to explore. For shopping, visit here but not really much – the small tourist shops offer souvenirs, and an impressive collection of official (a licensed!) Game of Thrones Fan material. Fashion Technically, there are but a few luxury boutiques not enjoy yourself … but there has even more restaurants and cafées to linger – and many museums!

Unfortunately, the strong wind has not allowed during our visit, but a ride on the funicular up the steep hill behind Dubrovnik apparently offers stunning panoramic views of tens of kilometers. Next time!

But we settled in Clara Stones explain one of the traditional local crafts – because here the (strictly regulated) coral may be sold … and there are only seven divers who can borrow the precious good at all.

WHAT TO EAT IN DUBROVNIK:

The cuisine of Dubrovnik is clearly Mediterranean – and fairly simple: fish and seafood in all variations, seasoned with local olive oil and incredibly fresh. We can really only eat here Delicious, and who loves Italian cuisine, is here totally happy.

My Restaurant tip? Restaurant Pantarul, just outside the old town (about 5 minutes by taxi), which sometimes include a young blogger Food. Stunning!

WHAT A BEAUTY EDITOR DOES IN DUBROVNIK:

Since Croatia in general has a very rich spa culture, we had absolutely still some local beauty products testing … olive oil, sheep’s milk and sea salt are cultivated here – and also provide the basis for some really nice products, like these beautiful spa soaps:

This ointment of olive oil and lavender is great for dry cuticles:

I was really surprised at how jewelery and atmospheric Dubrovnik is! I really knew nothing about previously Croatia – and was really impressed by the people (by the way, almost all wonderful English, German or even speak), the kitchen and the incredibly beautiful coastline. I’ll be back. And even back in the off season!

Side note at the end: Apparently Shah Rukh Khan  here turned a Bollywood film in the summer, which hits theaters next spring. If mean that Dubrovnik soon to dream destination travel joyful Indian will. Watch out!

Dubrovnik is in the summer season, with direct flights from Zurich, in the winter months with stops. Flights from Franken’s 300, a double room in the Hotel Grand Villa Argentina will cost between 200 and 400 francs per night.

Here’s even more of Dubrovnik-Love with two spa Reviews.

A big thank you to the Croatian National Tourist Board, who made ​​this trip possible! #visitcroatia

Show Me Your Badezimmerschränkli: Barbara 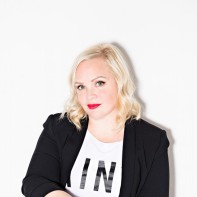 What else is she talking about?

Show Me Your Badezimmerschränkli: Barbara